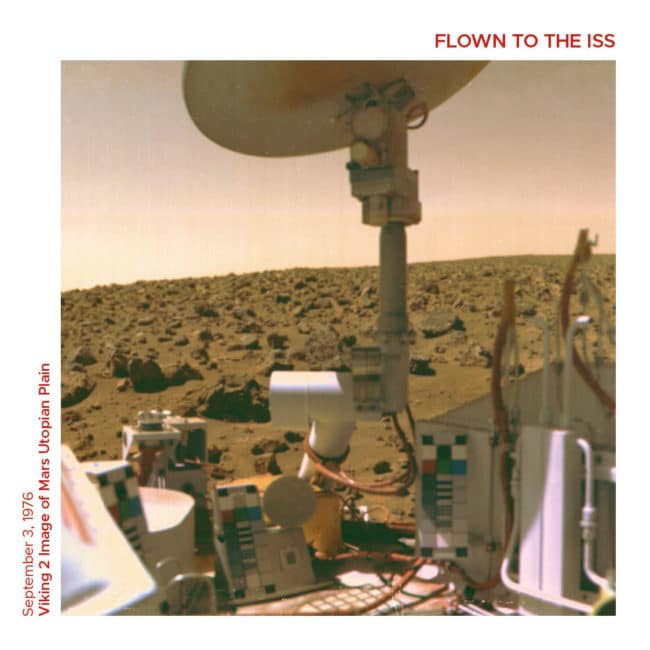 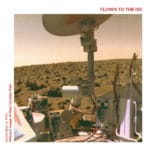 The boulder-strewn field of red rocks reaches to the horizon nearly two miles from Viking 2 on Mars’ Utopian Plain. Scientists believe the colors of the Martian surface and sky in this photo represent their true colors. Fine particles of red dust have settled on spacecraft surfaces. The salmon color of the sky is caused by dust particles suspended in the atmosphere. Color calibration charts for the cameras are mounted at three locations on the spacecraft. Note the blue star field and red stripes of the flag. The circular structure at top is the high-gain antenna, pointed toward Earth. Viking 2 landed September 3, 1976, some 4600 miles from its twin, Viking 1, which touched down on July 20.